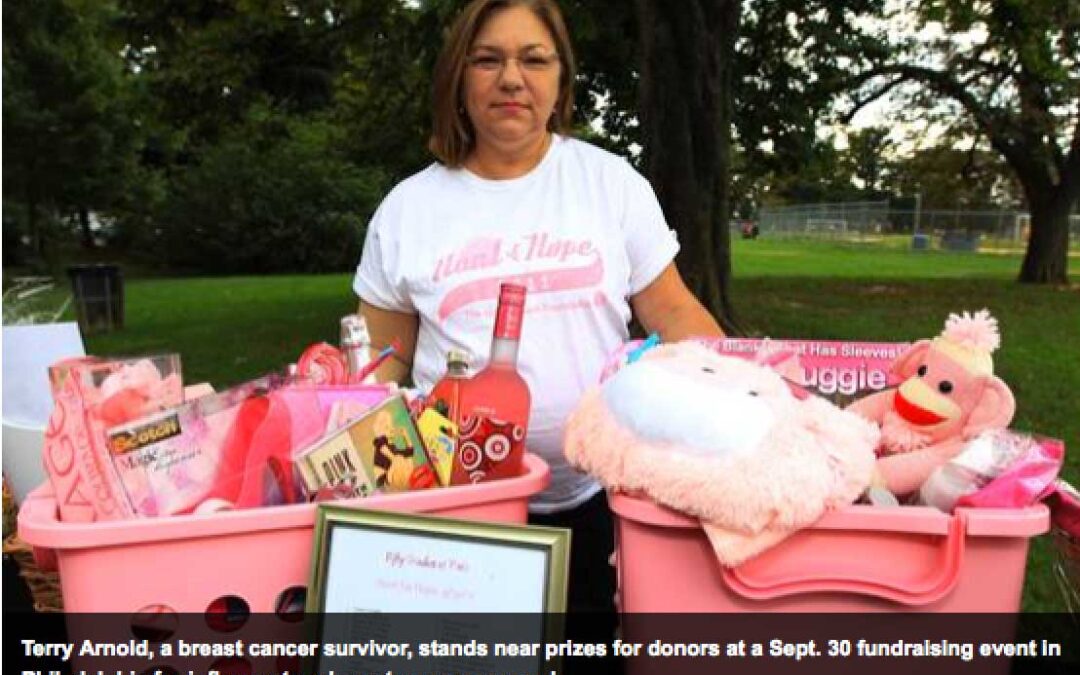 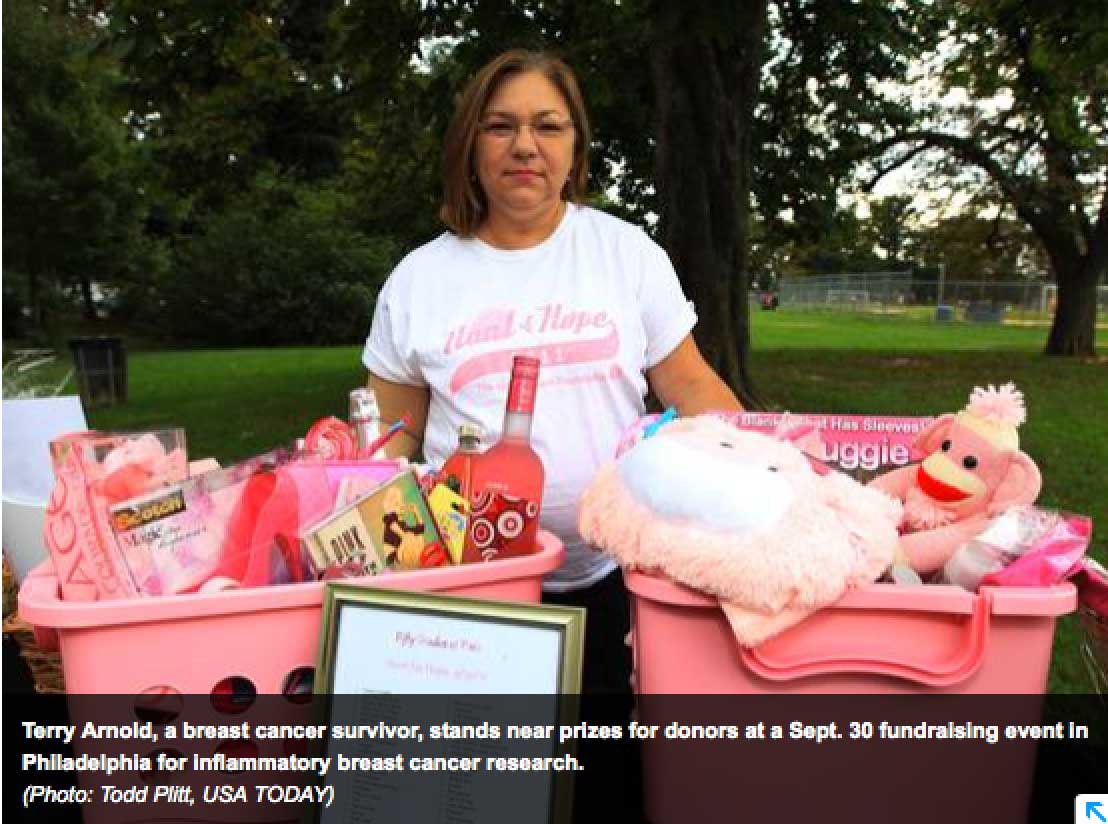 By the time she was age 49, the breast suddenly became red, hot and swollen. “I thought something bit me,” says Arnold, of Friendswood, Texas. Her doctor, diagnosing her with a pituitary gland infection, prescribed eight weeks of antibiotics. They didn’t help.

Arnold’s breast swelled from a C to a D cup. “I had to buy a new bra, and pad my clothes to even them out,” she says. Months went by, and Arnold saw five doctors. Some of their explanations were stranger than others.

“One doctor said, ‘You have menopause in one breast,’ ” Arnold says.

Eventually, Arnold arrived at Houston’s M.D. Anderson Cancer Center, where she learned she had inflammatory breast cancer, or IBC, the most aggressive form of the disease. IBC takes its name from the red, inflamed condition that it produces in the breast, caused when microscopic tumor cells clog up lymph vessels.