The BRCA Gene and Mutations 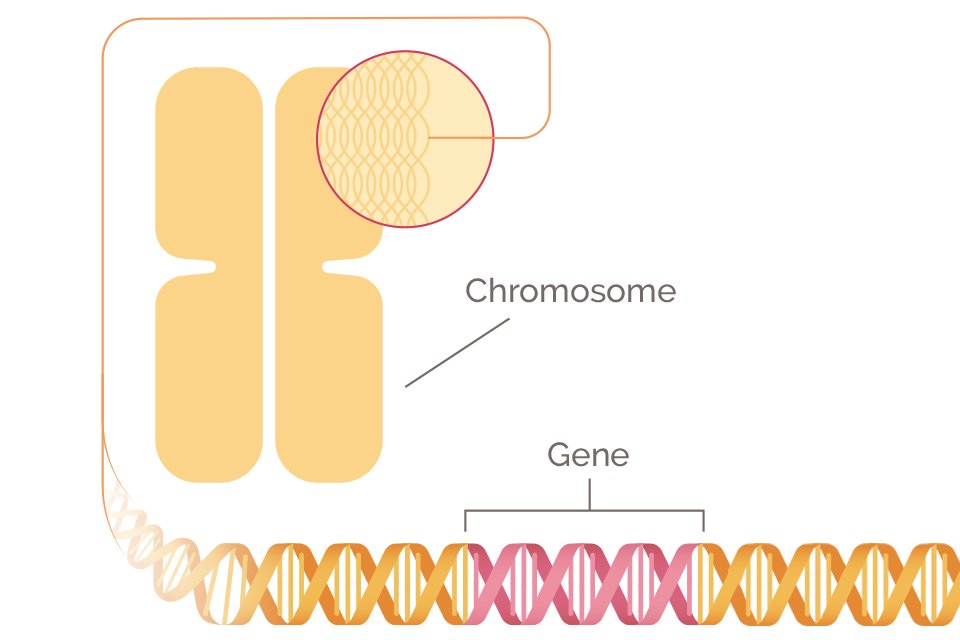 The BRCA Gene and Mutations

Everyone has the BRCA gene.

The BRCA gene naturally suppresses tumors in our bodies. Some people have a mutation, or change, of this gene – meaning their bodies may be unable to fend off potential tumors – which leaves them at a higher than normal risk for certain cancers. Women with changes in the BRCA1 or BRCA2 genes have a five times higher risk for developing breast cancer than the general population and are about twenty-six times more likely to develop ovarian cancer by age 70 (Chen et al, 2007). While these can be frightening statistics, it’s important to note that only about 5-10% of breast cancer cases in women are attributed to BRCA mutations.

So what does that mean?

A BRCA mutation diagnosis can be terrifying for some people; especially if they have seen close relatives die of cancer. For others, it’s less frightening.

Natalie A., 36, received her diagnosis at age 30. “My mother survived Inflammatory Breast Cancer and Triple Negative Breast Cancer at the same time, and her doctors recommended her children get tested,” she told us.  Natalie’s two sisters were negative, and she was positive for a change in BRCA1. “The counselor and my doctors were sympathetic and helpful,” she says,  “but I didn’t view it as a death sentence, and I still don’t. I understand that my risk is higher, but I also know that there are many cases of breast and ovarian cancer on women who don’t have the mutation.” Every six months Natalie gets a mammogram with an ultrasound or an MRI. She considered an oophorectomy years ago, she says, but wasn’t comfortable with the hormones she would have to take, which come with risks at a young age.  “I opted to just received the bi-annual scans,” she says. “When I turn 40 I’ll discuss an oophorectomy with my medical team.”

Jennifer T. lost two aunts to early ovarian cancer, one dying at age 28, the other at   34. “It took ten years to find a doctor who actually listened and then had me tested,” she said. She was 32. Three months after receiving a positive BRCA1 diagnosis, she had bilateral salpingo oophorectomy (removal of both ovaries and Fallopian tubes).  “Every spring I get a mammogram, and in the fall I have an MRI, so essentially I still have some type of breast can every six months.” When asked if she met with a genetics counselor, she says no. “I had ten years of doing research myself to make a decision,” she says.

Every woman we spoke with was tested for the BRCA mutation because of a family history of cancer – either their mothers or aunts had breast or ovarian cancer, or their fathers had cancer of the prostate or bladder. Some found out as their parents were in treatment that their parents were also carriers, but many found out their relatives with cancer were not carriers, and that they were the first known relative with the mutation.

Melissa F. met with a genetics counselor at age 23 because her maternal grandmother, maternal great aunt, and mother all had ovarian cancer. Now 36, she’s the only one in her family with the mutation. “I’m planning an oophorectomy with uterus and fallopian tubes over the next two years,” she told us.  A few months ago she was told by a Sloan Kettering surgeon that they’re now thinking ovarian cancer starts in the tubes, so the recommendation for her (since her mother died of ovarian cancer) if that she have her tubes and uterus out soon and ovaries in the next ten years. “I need to do more research,” she told us, “because while not getting cancer sounds awesome, of course it’s still nerve wracking to run the risk of still getting it.”

Jen G. was tested for the mutation as her mother was dying.  “Almost all the women on my mother’s side died of breast cancer,” she told us. Her daughter decided to get tested at 19, and had a positive result. “I was a wreck when she was tested, but I had to keep it together for her. This was about her body and her choices, not mine.” Her daughter chose to do surveillance until after she has kids. “She struggles with it looming over head,” says Jen, “but she’s a fighter. I’ll be there.”

We spoke with 19 year old who told us she and her siblings were tested when her 27 year old sister was diagnosed with breast cancer. “It’s good I found out young,” she says, “but at the same time if my sister got breast cancer at 27 that means it started growing at 25. So really I don’t have too much time before I have to start thinking about things. Also unfortunately it has had a big effect on what I’m thinking career wise because now I feel like I’m on this weird time table – like I have to get married and have kids young. So in a way finding out young is difficult. I’m trying to think about friends and parties; not ‘when I can have kids so I can get my ovaries out’.”

We also talked to many women who immediately planned their surgeries after finding out they had a BRCA mutation. “I watched all my aunts die of breast or ovarian cancer, “ said one. “I was in my early 30’s and wanted kids. I immediately had a double mastectomy. My husband and I chose to have our children earlier than we originally planned because I wanted to have the oophorectomy as soon as possible. I didn’t want to be a statistic.”

Nancy G. has the BRCA2 mutation and is a fourth generation breast cancer survivor.  “BRCA is not a death sentence in all cases,” she tells us. Two years after her cancer diagnosis she gave birth, and seventeen years later, she is still healthy. “There are definitely people who survive and thrive. I am one of them, thank God!”

We will be dedicating our next article to hearing advice from a genetic counselor.