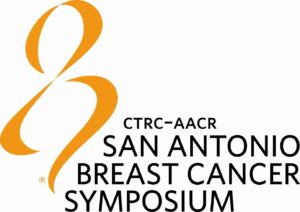 The retrospective study was presented today in a poster discussion at the 2012 CTRC-AACR San Antonio Breast Cancer Symposium and follows a previously reported Danish study indicating there is some evidence to suggest the anti-inflammatory properties of statins could reduce the risk of breast cancer recurrence. Still, the overall effects of statins have not been examined in relation to IBC.

IBC is a rare type of breast cancer that develops quickly when malignant cells block lymph vessels in the skin and soft tissue. It accounts for only 1-5 percent of all invasive breast cancers, according to the American Cancer Society.

“We decided to take a different approach with the smaller population of inflammatory breast cancer patients and see if it’s truly an inflammatory disease, whether or not there’s some substantial impact of statin use in this population,” said Naoto T. Ueno, M.D., Ph.D., professor in MD Anderson’s Department of Breast Medical Oncology and executive director of the Morgan Welch Inflammatory Breast Cancer Research Program and Clinic.

Ueno, the corresponding author, and his colleagues reviewed 724 patients diagnosed and treated for stage III inflammatory breast cancer at MD Anderson between 1995 and 2011. Patients with records indicating statin use at the time of diagnosis were compared to those who were not taking statins. In total, the stage III group contained 74 statin users and 650 non-users.

Additionally, researchers compared the clinical outcomes of those in the statin group based on the type of statin, lipophilic (fat-soluble) or hydrophilic (water-soluble), an important distinction as differences in survival emerged throughout the trial. The authors note patients who used both drug categories, or patients missing information on their specific statin type, were excluded from the survival estimates.

Increased survival rates also extended to the DSS end-point. Patients with no statin use measured a DSS of 4.52 years, while hydrophilic patients measured 5.10 years.

The authors note there is a trend in overall survival, however the OS end-point did not reach statistical significance.

“The previous Danish study looking at statins examined a much larger group of participants, around 10,000 and more. So we’re talking about a much smaller set of inflammatory breast cancer patients and to see the significant improvement in survival gives us a new perspective on the use of statins,” said Ueno.

While Ueno added the findings are encouraging, the study does have limitations. First, no data was available describing how long patients had been taking statins, or for what indication. Those who did use statins may represent a population with better access to health care, a more health-conscious lifestyle and a higher education level, according to the researchers.

“This is an existing drug that was not developed for cancer and while developing new agents is important, statins are currently in the market and may have a significant role in the treatment we provide,” he said.

MD Anderson researchers are planning prospective randomized studies in IBC patients to better evaluate the potential survival benefits of statins. Further studies also hope to identify what subset of populations would be best suited for statin use. Ueno said there is an important convenience factor involved, as participants can take statins anywhere and require only occasional follow-up.

The above story is reprinted from materials provided by University of Texas M. D. Anderson Cancer Center.
Note: Materials may be edited for content and length. For further information, please contact the source cited above.