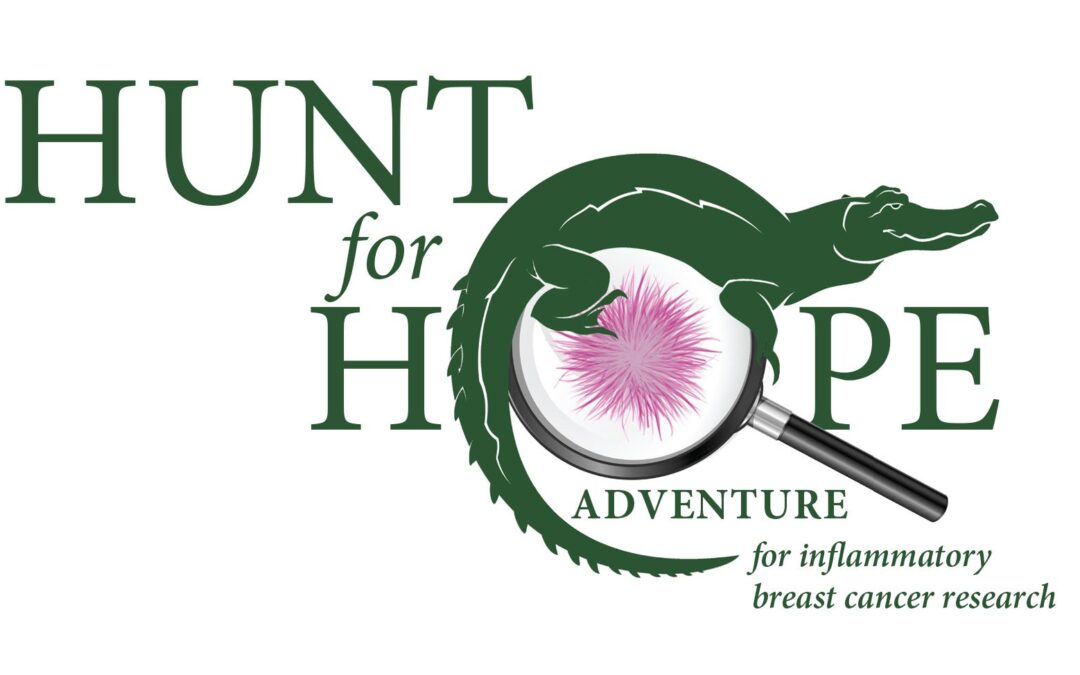 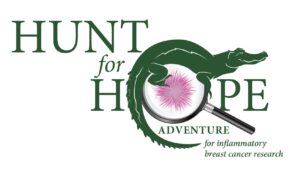 Thank you!  More updates with write up soon. 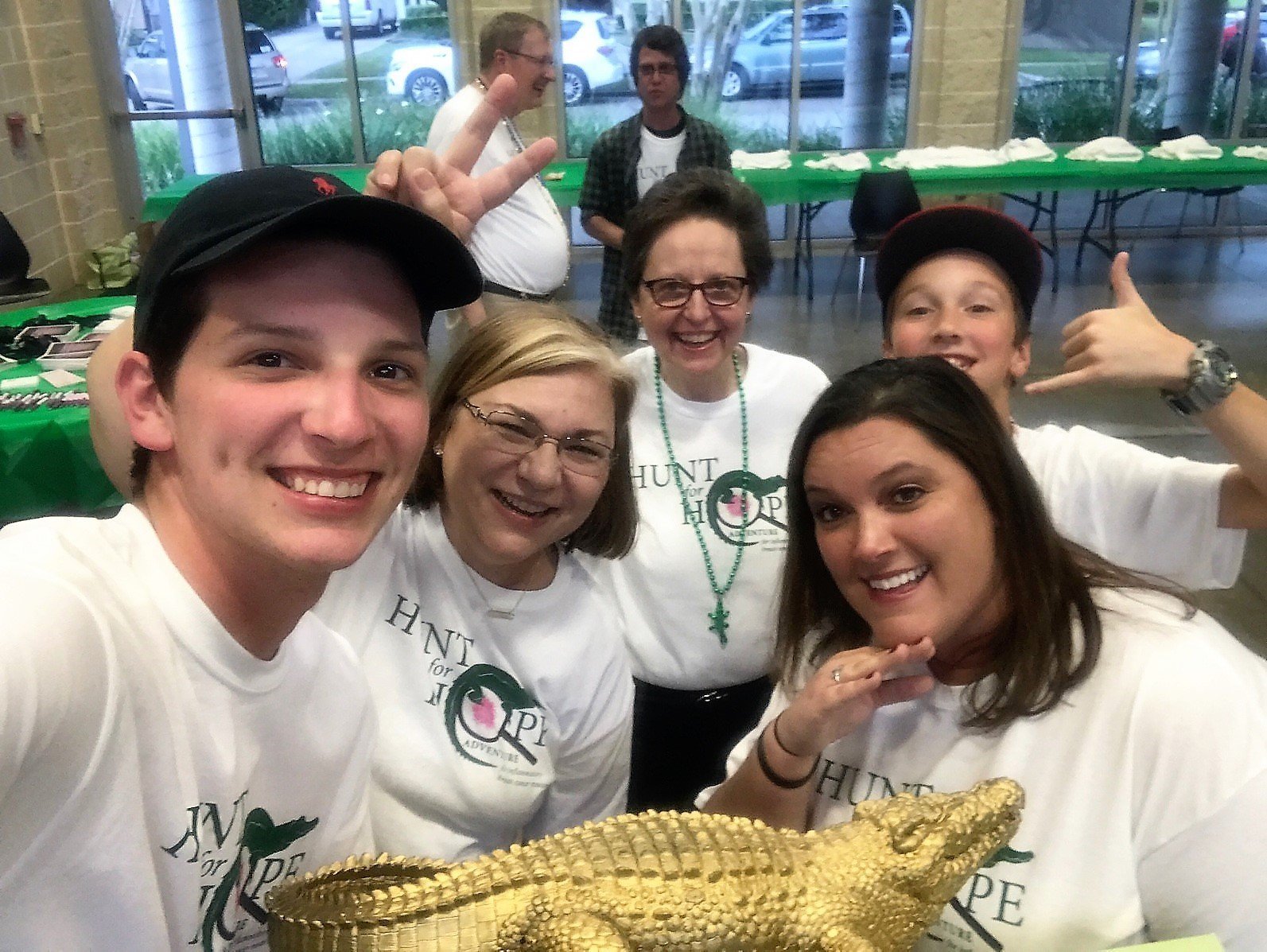 Picture is of the winning team “Alice’s Army” With Carter Lee and Terry Arnold. The team with the most points after the Hunt wins a golden Alligator!

What is the Alligator’s Hunt for Hope® Adventure?

The Hunt for Hope® is an adventurous scavenger hunt designed to raise funding for and awareness about inflammatory breast cancer (IBC).  Hunts for Hope® have been held throughout the United States. This is the second Alligator’s Hunt for Hope® Adventure in Houston.  It is spotlighting native Houstonian, Carter Lee, who was diagnosed with IBC four years ago.  Her friends and family affectionately refer to her as “Alligator”.

The money Houston’s Hunt for Hope® raises will go directly to funding exciting research conducted at MD Anderson. Importantly, the costs of the event have been underwritten, so all of the funds raised will go to financing this hopefully life-saving and life-extending research project.  All donations are tax deductible.  The proceeds from Hunt for Hope® benefit the IBC Network Foundation, a 501(c)(3) non-profit tax-exempt organization and will be earmarked for the research project at the MD Anderson Morgan Welch IBC Clinic.

What is the science this event will support?

Research to be conducted:

Test the hypothesis that targeting the normal cells in the breast stroma that help IBC act badly will improve outcomes because IBC is specifically driven by these cells. MD Anderson will test several new drugs to try to take the breaks off the immune system to test this hypothesis if the funds for the research can be raised. They propose to combine exciting new immunotherapy drugs in combination with the standard treatment of using drugs targeting the tumor. If this hypothesis proves to be true in the lab, clinical trials could follow very quickly.

IBC radiation oncologist and researcher, Dr. Wendy Woodward, and her fellow researchers have found that normal cells can act to drive IBC symptoms in mice. They are studying normal cells including the mesenchymal stem cells that normally help the body repair after injury and macrophages that should clean up cells that don’t belong, in order to find ways to understand why they aren’t already doing their normal jobs.

The new immune drugs are good candidates because they should target these cells and remove their many pro-tumor effects including the tendency to suppress the immune system.

MDA plans to do genomic analysis on human tumors grown in mice that can be induced by stroma versus those that resist it in order to find a marker for who would benefit from using the new immunotherapy drugs.

Some aggressive non-IBC tumors are also helped by normal cells and these studies should help people with other types of cancer as well.