When Your Spouse Shuts Down 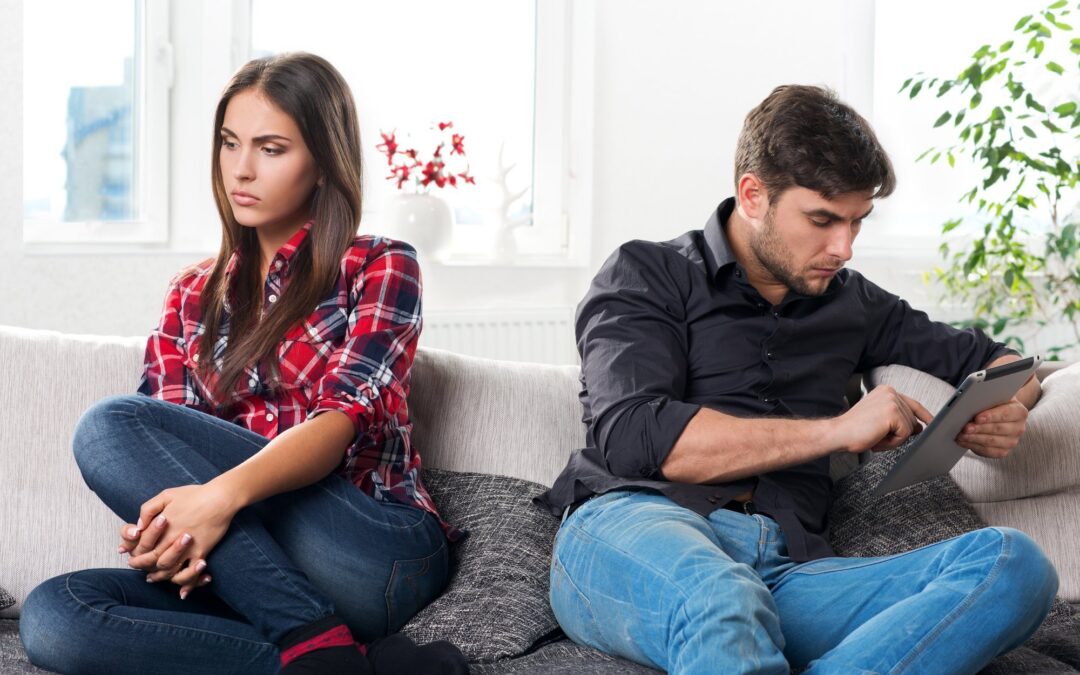 When Your Spouse Shuts Down

A cancer diagnosis can change many of the patient’s relationships. Their parents, children, friends and colleaguess are all affected. For patients with a spouse, that is, of course, the relationship most affected. Many couples say they feel they came out stronger after treatment. Some say the strain caused tension and distance. A very common story we hear is that a woman undergoing treatment feels her husband checks out of the marriage emotionally.

David Pulli, LMSW, is the senior manager for hospital systems in upstate New York and master social worker with the American Cancer Society. We wanted to talk to him about how couples can give each other emotional support while one is going through cancer treatments. We asked for his response to some concerns we often hear from women undergoing cancer treatments.

“He has completely shut down emotionally. He’s there for me, he comes to appointments, he cooks dinner when I’m too tired, but he won’t let me talk to him when I’m scared. I’m so grateful for everything he’s doing, but I desperately need to be able to talk to him. When I try, he walks out of the room.”

It’s very common for women to be the caretakers in the family, and as such, they are often better at the emotional side of this. Men are often good at getting stuff done, which is why they will be there at the appointments and treatments, and show up physically when needed, but it’s harder for them to express themselves emotionally while they watch their wife go through treatment. Some of it is social norms, and it depends on what generation they are. Sometimes they themselves can’t handle dealing with that much emotion, so they feel the best way to handle it is to not express it. It’s a defense mechanism.

It’s not that he doesn’t know you could die, but the possibility of your death is too much for him to handle. He can’t confront those emotions without breaking down, so he closes off because he feels he needs to be strong for you.

“I’m so scared that I might die. I tried sharing this with him and he completely dismissed me. He told me I’ll be fine. But I might not be, and I need to be able to talk to him about it.”

Sometimes it helps to get to the point without directly addressing it. For instance, instead of coming right out saying, “I’m scared I’m going to die,” which could cause him to shut down, how else can you say that? You can talk about how things are going with your treatment. You know the best way to communicate with each other and get a difficult concept across. If he agrees to counseling, it’s better for each of you to start seeing a social worker individually, and then as a couple. It may take longer for him to feel comfortable, but we can break down what he wants by asking him “What do you want?” Chances are he’ll say he wants you to be ok. We go further by asking, what does that mean? What are your specific concerns about her health? And gradually those defense mechanisms fall and we can help him communicate with his wife. The best way to get them to do it is have them start doing it and keep doing it. One session with a counselor is not going to cut it. You have to keep coming back to it, and it will get more comfortable the more you talk about it. It’s not a matter of telling the husband “this is what your wife wants” and then expecting him to do it. We have to teach him how to express himself. The wife may want him to express his concerns, but she also wants him to validate her concerns. If he can’t express his, he can still validate hers. Saying “you’ll be fine” doesn’t validate how she is feeling. Cancer treatment is fast paced process, and you can’t expect someone to suddenly change the way they express their emotions. So he might answer your concerns with, “Everything is going to be fine,” because he just doesn’t know what else to say.

Men want to help. That’s why they’re good at showing up physically and doing things that are helpful. But if he can listen to her and validate what she’s saying, that will be a huge help. Sometimes people just need to be heard.

If you’re a man watching your wife, and she’s scared, it’s ok for you to say, “I understand you’re scared, this is scary, I wish I could do more to help you.” A lot of men want to have the answer. It’s ok to say, “I don’t know how to help, but I understand that you’re scared, and I want to be here.” By validating her, saying, “I hear you, is there anything else I can do,” you’re helping meet her needs while being there for her emotionally as well.

Taking Care of the Caretaker

In many cases, when a woman is going through cancer treatment, her husband is her primary caregiver, and he needs support. He’s doing what he can, but the emotional piece of that responsibility might be too much for him. Look at resources for him. There are support groups, but he doesn’t have to go to a group if he’s not comfortable with that. It could be as simple as making sure someone is stepping in and helping him, or making sure he has a friend he can confide in. By taking pieces of the caregiving responsibility away from him, it can allow him to have the space to be there for you emotionally. This doesn’t override your needs as a patient, but you are being given resources in your treatment. The primary caregiver of a patient needs to be taken care of as well.

Looking for support? Cancer centers usually have their own social workers on site. They are there to provide support to patients and their families, and offer couples counseling as well as group therapy options. If they don’t have these on site, they will have referral services and can connect you to support options. Ask your doctor to refer you so that you and your spouse are getting the support you both need.