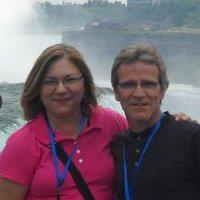 I was diagnosed with IBC in my right breast in August of 2007 after months of misdiagnoses. As if an IBC triple negative diagnosis was not enough of a blow, then it was discovered my left breast had triple negative breast cancer. I was in treatment for almost a year, six months of chemo, double mastectomy, and daily radiation for six weeks.

Outside of being the best wife possible to her husband, Calvin of 42 years, and mother of five, mother in law of four, and grandmother of 15! I am focused on educating every person to learn more about IBC, its symptoms, best treatment plans, and funding research.

I founded The IBC Network Foundation, a 501c3 in August 2011, and have my sights set on funding research as fast as the donations will allow. In recent years the IBC Network formed an IBC Learning Academy to help train advocates especially for this form of breast cancer.

I look forward to the day we can all remember that once, long ago, there was a disease called IBC that is now filed under an archive of past diseases because we have a cure.

Hope always is my personal motto.