The Death of Research As We Know It? 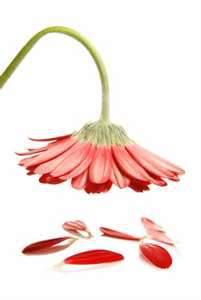 The following article was published in Breast Investigators in January of 2013.  However, I wanted to post it on our blog after listening to comments by a speaker at the MD Anderson Network conference today.  The speaker was a Pulitzer prize winner, Siddhartha Mukherjee, the author of “The Emperor of All Maladies”.  His closing comments were a call to action for all to become involved in lobbying our government and imploring them not to cut cancer research.  He placed a special emphasis that clinical trials are going to be cut into almost nothing.   A sobering thought.

Cutting research, is like not watering flowers, petals will fall faster that nature would expect.

The Death of Research As We Know It?

I personally don’t comment on politics in social media or via the network, and I don’t want this note to turn into a discourse on who you like or don’t like in whatever office.  BUT what I do want is for you to read and think about what is happening to medical research funding and what it can mean to our health. Medical research is being threatened and the threat is very serious.

One of the reasons I push for private funding with the IBC Network Foundation is to do what I personally can to try to bridge the cavernous gap that will impact research and impact it now, but my little efforts are only that, like the childhood fairy tale of the boy pushing his finger into the dam about to burst, my efforts although growing, will not be the final solution.  I need your help. We all must help.

I highly recommend reading the article “Medical Researchers Brace for Cuts in Federal Grants” from the Wall Street Journal (below) published on Monday, Dec 31, 2012. This highlights the steep funding environment that we are facing in finding support for much needed research.

While the link to the original reference requires subscription, the entire article in whole is presented below.

If you have a subscription to the WSJ, article is titled, “Medical Researchers Brace for Cuts in Federal Grants” and the link is

but if you do not have an account, I have pasted the article in full below.

The nation’s academic medical research laboratories braced for as much as $2.4 billion in cuts to federal grants in 2013 that could stall research, shrink scientific staffs and cause some projects to be abandoned as Congress’s deadline for averting the so-called fiscal cliff neared.

By midafternoon Monday, the White House and Republican lawmakers appeared headed toward a compromise on the tax issues dividing them. But negotiators were stymied on whether or how to postpone some $110 billion in spending cuts set to take effect Jan. 2, including money allocated to the National Institutes of Health and other agencies for scientific research.

That raises the prospect of an 8.2% budget cut for the NIH, the largest sponsor of research conducted at medical schools in the U.S., at a time when research funding has been stagnating even as technological advances such as gene sequencing have boosted the cost of doing basic science.

“Everyone has tightened their belts in the last decade,” said Thomas Pollard, dean of Yale University’s Graduate School of Arts and Sciences, and a biologist studying cell division with support from the NIH. “A draconian cut at NIH or other federal agencies would be a further blow to a system.”

Because NIH, like other agencies, has declined to specify its plan for managing the possible cuts, research institutions don’t know what to expect. “We don’t have a contingency plan because we’ve been optimistic that a solution would be arrived at,” Dr. Pollard said.

The NIH referred requests for comment to the White House budget office, which didn’t respond to inquiries.

Though Congress could still reverse any cuts, research groups began to prepare for a once-unthinkable reality that some of the research money would be cut, at least for a while.

Major academic centers said they would pare scientific inquiry, citing already tight lab budgets hit by NIH funding that hasn’t kept up with inflation. The cost of research—fueled by the adoption of tools like $250,000 gene sequencers, now ubiquitous in cancer and other fields—has risen by 41% in the past decade, compared with a 28% increase in the government’s broader measure of overall inflation. The NIH’s funding has increased more slowly than both measures, leaving researchers with buying power comparable to its 2002 budget.

The NIH’s National Cancer Institute recently warned some researchers that typically yearlong grants will only be awarded in 6-month intervals until the full scope of the cuts is known. In October, the NIH said some institutes would reduce 2013’s annual installments of existing grants by 10%. Agency officials have also said fewer new grants would be approved.

Each of 27 institute directors at the NIH have broad autonomy in determining how to apportion cuts, said Elizabeth Nabel, director of the National Heart, Lung and Blood Institute from 2005 to 2009. Biomedical research has long enjoyed bipartisan support, she said, giving hope cuts would be undone.

The Harvard-affiliated Brigham & Women’s Hospital in Boston, where Dr. Nabel is now president, could likely make up short-term NIH budget cuts with its own hospital revenue, donations and investment earnings, she said. But, smaller, less generously endowed organizations could struggle.

“The fundamental basis of doing science is being honest, [but] you feel you can’t explain to your lab what [the cuts] mean,” said Brian Storrie, a biologist at the University of Arkansas for Medical Sciences, Little Rock. “With delays, you lose time and you lose science.”

Dr. Storrie’s four-person team—which he says is secure for now—expects the NIH to review a new grant for platelet research in February. The work could ultimately yield new insights for medicines to prevent dangerous blood clots, but if the cuts go into effect, he says, it doesn’t help the odds for new projects.[/fusion_builder_column][/fusion_builder_row][/fusion_builder_container]